In an attempt to follow in the footsteps of her older sister. Makoto has just finished filming her first movie, the slasher horror genre, a true professional, especially in the final scene, where she is facing a bloody fight with her sister. 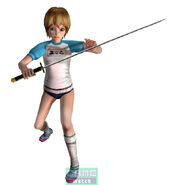 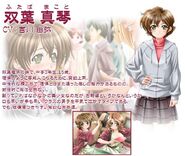 Makoto in "All star fighters"